The history of the Arts in Bartow

The turn of the 20th century brought a dramatic increase in railroad construction, new industries like citrus, phosphate and tourism, and a trend in early American performance halls.  Typically called "Opera Houses", these establishments were showing up all over the country on Main Streets in fast growing towns, featuring businesses on the first floor and performance halls on the second.  One of Florida's first performance halls was built around 1884-5 in Bartow, Florida.  Captain David Hughes, after whom the opera house was named, ran his clothing business on the first floor and provided events on the second.  As one of Bartow’s few places large enough for public assembly, the Hughes Opera House served as a place not only for the arts, but for local activities such as town meetings, elections, and political rallies.  Bartow's First Presbyterian Church, in its formative years, met at the Opera House while raising funds to build on their current property.

Early events at the Opera House included the Magnolia Festival in 1887, which raised funds for Oak Hill Cemetery., and the Cantata of the Flower Queen, accompanying the laying of the cornerstone at the Summerlin Institute. Famed hymn writer Fanny Crosby's first secular operetta was performed here, among many other glorious performances.

A well-educated and ambitious man named TL Marquis had also settled in Bartow at this time, and is credited with much of the town's development of buildings and businesses.  He purchased the old clapboard building, and rebuilt it out of brick and concrete in 1908.  The very structure that remains today at 335 East Main Street.

Years later, the second floor was engaged as Bartow’s first silent motion picture endeavor, an electric theater, named the Orpheum, from which we chose the name for our organization today.  It is our honor to restore it to its glory, and once again provide a place where the community comes together for the performing arts.

To read more about the Theatre and find out about more Bartow History, visit one of the cites below.

The mission of The Orpheum

To revive a unique historic venue to Polk County, draw people into our community, provide an intimate performance space for local and regional artists, and create educational opportunities for those interested in pursuing the arts.

Events for The Orpheum appeal to multiple generations, and we are committed to featuring student performers alongside seasoned artists.

It is our belief that performing arts brings the community together, and we treasure this incredible opportunity. 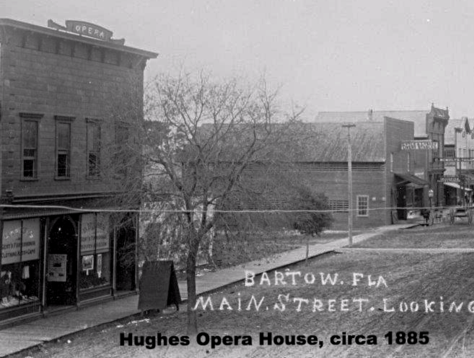